Picture yourself as a man in your 70’s living in a small out-port on a remote island off the coast of Newfoundland. You love where you live, and your roots to the place go deep. You were born and grew up there, and asides from a few short periods it’s where you’ve lived your entire life. The landscape, the people, the history of the place is practically in your bones. But since the collapse of the fishery jobs are non-existent and opportunities are few. And in order to save costs, the

provincial government has offered to pay residents a significant sum of money to relocate to a new city. But there’s a major catch. They will only pay if everyone agrees. Your friends, family, neighbours are all in favour, and you are the only hold out.

This is the painful dilemma faced by Moses Sweetland, the central character in Michael Crummey’s touching new novel of the same name – Sweetland.

With stakes high, Moses faces an increasing amount of resentment, even threats, from his fellow residents. Caught between the past and the future, between home and the unknown, between capitulation and holding on, what follows is a gripping story that touches on aspects of belonging, death, and what to do in the face of inevitable change.

It’s also a meditation on a very real dilemma that residents of small Newfoundland out-ports have faced in waves since 1954. In a province of many isolated hamlets, and ongoing economic turmoil, resettlement has been a painful, often debated reality of life for decades.

Michael Crummey is an award winning novelist and poet who has made exploring the contradictions, beauty, and hardships of life on Newfoundland the topic of much of his prose. He skilfully paints a picture of a way of life that few of us will experience, and one that is quickly becoming a thing of the past in our rapidly changing interconnected world.

Sweetland is Michael Crummey’s his fourth book, and it is both a subtle and thought-provoking read. Listen to our interview here.

Outside of The New York Times

As a term, media is such an all-encompassing word. It includes a impossible range of different businesses, ventures, and facets – from entertainment to public interest journalism, from TV movies to ads – that it can be almost absurd to make any judgments on the current state of ‘the media’ at all. But if pressed to, the perhaps one undeniable thing one could say about the media at large, is that these are interesting times for the industry. From the rapid rise of Netflix, to the continuing struggles of newspapers, and the upending of the broadcast model of television, there’s a lot to talk about. Who ever thought that Amazon would be getting into the business of making television?

Not only is the entire range of the industry in flux, but also never before has media in general played such a large role in our day-to-day lives. From articles on Facebook, to YouTube videos, radio, podcasts, television, ebooks; for many of us, a huge percentage of our waking hours outside of work, (and often even inside of it) involves consuming media of one sort or another. Especially in this age of ubiquitous screens, it seems we can hardly escape it.

And then there are the issues facing the media and journalistic worlds more generally. From Telecom monopolies and threats to internet neutrality, to the crack down on journalistic sources, and the treatment of the Snowden revelations, there’s a lot to get a handle on.

Well to delve into such questions facing journalism, and the larger media world there’s few better sources than David Carr and his weekly column in the New York Times – an always fascinating look at an industry in flux, and one which never fails to leave the reader mulling over the implications. From examining newspaper acquisitions, and media upstarts, to painting a portrait of Glenn Greenwald, David Carr has become the closest thing to required reading one can get for those interested in the changing face of the media.

David Carr also has followed what might just count as one of the most unlikely paths to becoming a New York Times journalist that one could imagine- or at least the context of his early foray’s into journalism aren’t exactly what you would advise an ambitious young reporter. As a man in his 20’s living in Minnesota, Carr was starting to write successfully for various papers and magazines when he began to get deeper into drugs, a road that saw him get fired from his newspaper job, get into repeated trouble with the law, and eventually hit more or less rock bottom. It’s a descent and ultimately redemption story that he recounts in his gripping and brutally honest 2008 best selling memoir, The Night of the Gun.

I headed down to New York and sat down with David Carr this past May to ask him for his thoughts on the challenges facing traditional media, what the role of journalism is in the changing context of the times, and a bit about his own turbulent past.  What resulted was a fascinating, wide-ranging conversation, that even included a bit of sparring. Here’s our interview: https://soundcloud.com/kevincaners/davidcarr

Well if you’re like me, and belong to a certain generation of Canadians, who grew up in the 80s and 90s, there’s a good chance that hearing the name Fred Penner triggers a series of fond memories from childhood. That’s because Fred Penner was the man behind Fred Penner’s place, a popular children’s television show that ran on CBC from 1985 to 1997.

Over the course of almost 1000 episodes,  Fred Penner entertained his young viewers with stories, music, and words (you might remember the famous “Word Bird”) and in the process influenced an entire generation of young Canadians.

Fred Penner with The Cat Came Back

Fred Penner grew up in Winnipeg, and from a young age developed a love for music.  But it was through playing songs for his younger sister Suzy, who was born with Down’s Syndrome, that he came to see music as a way to connect and make a positive difference in the life of children.

After graduating after from the University of Winnipeg, he started performing and touring around Canada both as a solo musician and as a member of various groups and acts. But it was in 1979 when he recorded His first LP of songs for children, The Cat Came Back that his career really took off. The album became hugely popular, and went on to sell more than 150,000 copies in Canada alone.

The success got him noticed by popular childhood musician Raffi, who invited Penner to tour with him around North America. And after a few years of performing both with Raffi and as a solo artist to ever increasing audiences, Penner was approached by the CBC and asked if he would be interested in developing a children’s show based around his musical performances.

And so Fred Penner’s place born, and it quickly became one of the most popular and beloved children’s shows on TV.   His warmth and his obvious love for music endeared Fred Penner to a generation.   And although the show was abruptly cancelled by CBC 1997, Penner never stopped believing in the importance of what he was doing, and  continued performing and positively connecting with young people right up to the present.

He’s recipient of the Order of Canada and multiple Juno Awards.  And when he’s not busy performing, he’s actively involved with numerous children organizations and causes. I can only imagine how thoroughly impressed my 5 year old self would be that I had the great pleasure of meeting and speaking with Fred Penner in person!

It’s fairly safe to say that we are a society enamoured, if not outright obsessed, with quick and easy solutions. Practically everywhere you turn we’re bombarded with promises of how in 5-easy-steps or 6-minutes-a-day we can achieve a flat stomach, earn more money from home, or cultivate the perfect marriage.

You can see it in how we treat our problems from business to politics. Underperforming sports team? Fire the coach! Rising crime? Put in mandatory minimums!

But in his new book The Slow Fix: Solve Problems, Work Smarter and Live Better in a World Addicted to Speed Journalist Carl Honoré makes a compelling case that our problems are rarely as simple as we like to imagine, and that when we go for the quick fix, often it means we’ve failed to undertand the complexity of the issue we’re trying to solve.

So how to overcome this impulse to just do what’s easy? How can we learn to better deal with the issues at hand?

Using a blend of case studies from around the world, science, as well as a touch of philosophy, Honoré delves into the type of qualities that typify successful approaches to finding solutions to complex problems. From looking at the big picture, and fostering collaboration, to admitting mistakes –  Honoré lays out a manifesto for a new way of approaching problems, and shows us that to solve well, often it means we need to solve slow.

To find out more about The Slow Fix, or see some of Carl Honoré’s other writings,  visit him online at http://www.carlhonore.com/ 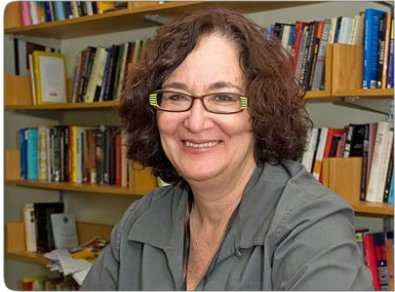 For the very first episode of The Public, a full hour interview with writer, political commentator and Q media panel member Judy Rebick.

Judy has been one of the leading progressive voices in Canada for years. She has been involved with many issues from social justice and labour rights to woman’s rights.  She also is the founder of Rabble.ca, the progressive online news magazine.

She has recently published an ebook called Occupy This!  which looks at the Occupy movement in a historical perspective.  I spoke to Judy speaks about Occupy, the Quebec student protest movement, the state of democracy in Canada, as well as about her early transformative years traveling around the world from India to Iran, and how she started getting involved in political action.

Her new e-book Occupy This is available from Penguin Canada here.

To get each new episode, subscribe to The Public’s podcast or visit us in iTunes